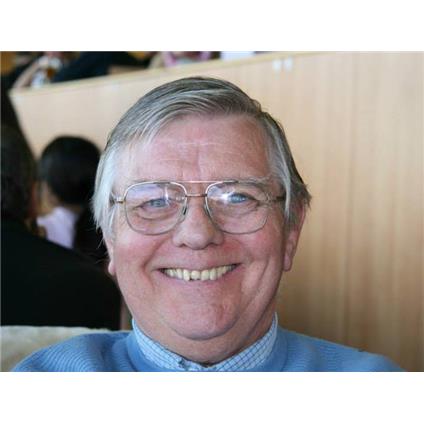 Joe Hughes - The Man Behind The Company

Joe’s career was always destined to be endlessly entwined with sport. From an early age he was a decent athlete, winning races and events in track and field, and even a champion weightlifter. However, his affection for anything two-wheeled grew once he bought his first bike. He used it to travel to work during the week, and then at weekends converted it into a competitive steed on the flourishing sixties scrambling scene, racing mainly for the joy of turning the throttle wide open.

Joe also tried his hand at motocross and road racing before turning to his sporting love, grasstrack racing where he quickly became an accomplished competitor. However, it wasn’t long before speedway came knocking on his door. He was encouraged, cajoled, arm-twisted by his close pal Andy Ross. Danny Dunton was launching speedway at Peterborough, and one of his first signings was Scottish-born Ross, already established as one of the country’s top grasstrack aces.

National Champion Andy was appointed skipper of the new team and took his role so seriously he played a major part in tempting some of his rivals to also try their hand at the shale game. One of those was Joe. Even though he was already in his early thirties, he agreed to join Ross at the East of England Showground and spent two successful seasons with the Panthers before moving to Long Eaton where he spent another couple of campaigns before retiring. During this time he even rode for Young England against Australia in 1971, when he was…32!

Throughout these four years, and after, he never forsook the grass and made regular trips to the Continent. Good enough to bring back a museum-sized swag of sparkling trophies as he won 14 international events, including the famous Golden Pheasant of Main-Valleys at Klein-Krotzenburg, Germany, near Hessen in 1974. His name is on the scroll alongside the likes of ex-World Pairs Champion Malcolm Simmonds, Aussie star John Titman and Russia’s Vladimir Trofimov. He also set more than 30 Flying Track Records during his grass and longtrack career and was always a popular figure both in the paddock and among the spectators on the invariable grass banks.

Joe had worked for International Combustion in Derby, where he met his wife Lorraine. But in 1974 the company handed out a raft of redundancies, of which Joe was one, Lorraine was instrumental in convincing Joe that he could earn a living on the tracks and he embarked upon a new lease of life as a full time racer. It was during this time that he sowed the seed that has grown into the international business today.

To supplemented his income by importing, exporting and selling spare parts having gained early trading experience in the sixties on behalf of his sponsor, Elstar Motorcycles’ Alf Ellis. He soon became an important person to know – riders in the UK asking him to bring their stuff back from the Continent and vice-versa. He struck up a lasting friendship with exile Josef Joy who was living in Germany after serving there with the British Army. After his demob, Joe also set up a spares business, based in Holzwickede. The pair acted as suppliers for each other and the families have remained good friends ever since.

Besides his exploits on the green stuff and shale, Joe was also one of only a handful of Brits who have raced in the scary arena of conventional ice racing. He was following in the spikes of long time compatriot Ross once again, joining pal Richard Greer in entering the daring sport, which has nearly always been the victorious preserve of Russian racers.

Joe eventually retired from all forms of racing in 1981 – when he was 42 – but was still a regular at the ice meetings until 1985 when he finally stood down after a seven year spell as British ice racing team manager. But he wasn’t about to lose interest in track racing and by this time his part-time spares dealings had turned into a blossoming company, Joe Hughes International was born.
He started out buying and selling from the garage at the bottom of the garden at the family home, but by 1978, he had outgrown the one garage and had another built. Within five years the order books were bulging, the phone hardly stopped and he had clearly outgrown his back garden presence. So in 1983 he took over a warehouse on Goodsmoor Road, Littleover, Derby, and that became the hub of his flourishing operation.
Not content with having customers and clients calling him, he took the spares to the riders, operating a meeting service at half a dozen or more tracks including Cradley Heath, Belle Vue, Hull, Long Eaton, Sheffield and Wolverhampton.

It quickly became a family run business, when daughter, Natalie joined full time after leaving school to help out in the office with the mounting paperwork as the company continued to grow. Joe’s son Morgan began to ride speedway at a young age and raced for the Cradley Heath Juniors until he had a career ending crash, at which point he turned to being a mechanic for Billy Hamill, then Sam Ermolenko, and finally Stefan Danno, before becoming a full time employee in the business. His eldest son Nathan preferred the more sedate pastime of angling, and like-father-like-son, he had a keen sense for business and has opened up a nationally known tackle shop in Derby.

After gracing the pits, and speedway in general, for more than 40 years, Joe lost his short fight with terminal illness in November 2012, passing away peacefully with his family at his side. He never contemplated retirement and, well past retirement age, he was still a hands-on proprietor. In 2009 he helped oversee a second big company move, this time to the purpose built warehouse and showroom that we are still in today.
Joe grew the business to where it is today, a truly international concern, and never forgot the importance of the personal touch, always having time to talk not only about the past, but always the future. To him it didn’t matter if you were a World Champion, a GP regular, or a wet-behind-the-ears junior, all were treated with the same courteous, tailor made service.​ 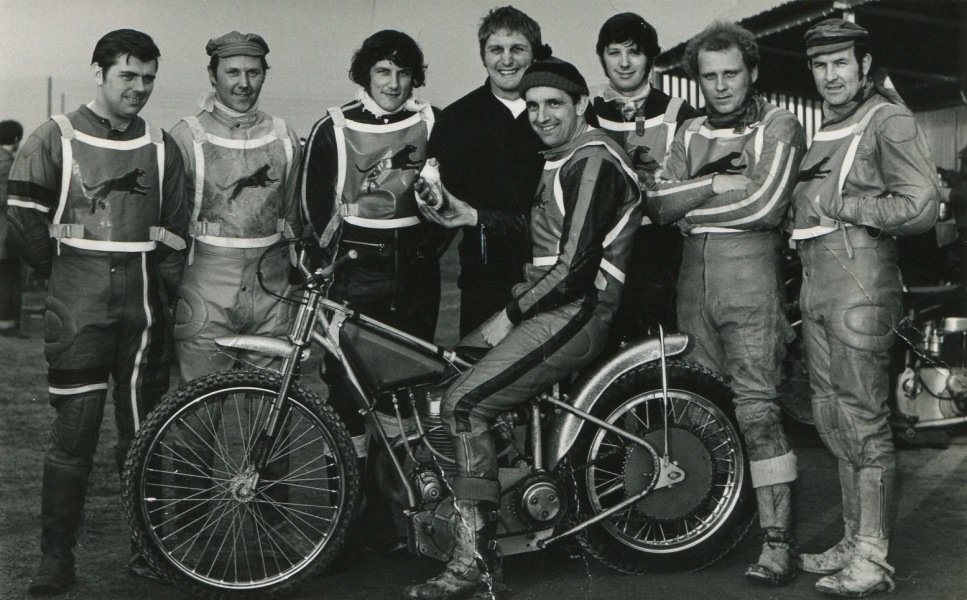 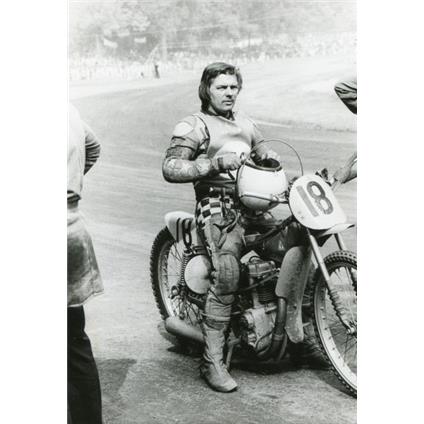 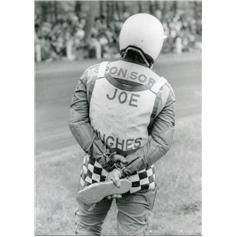 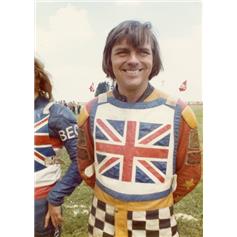 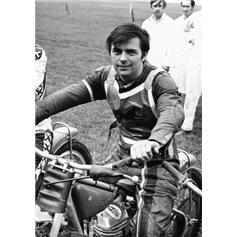 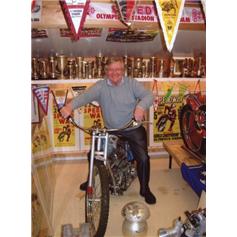 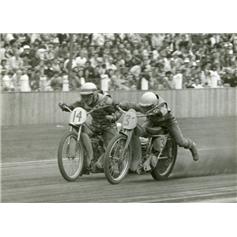 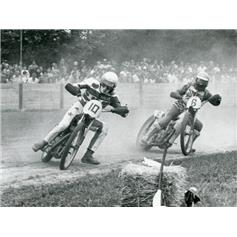 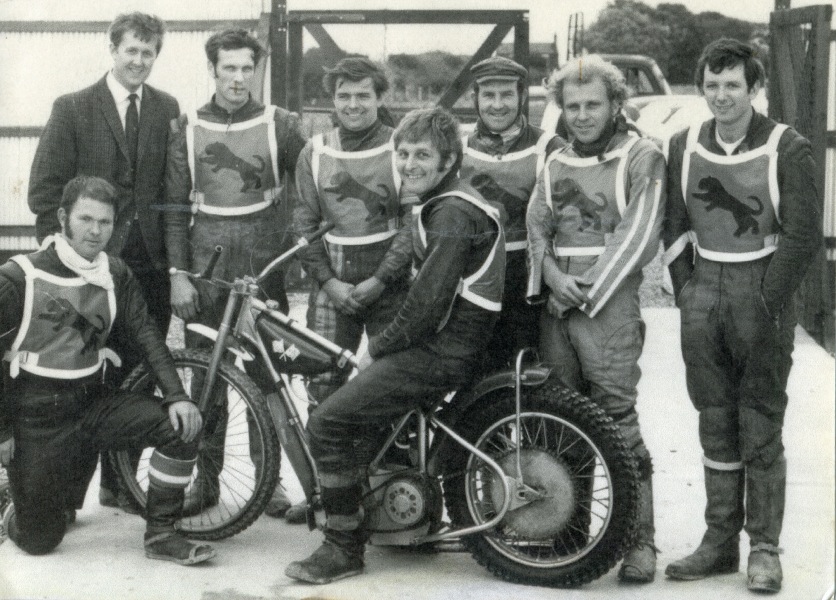 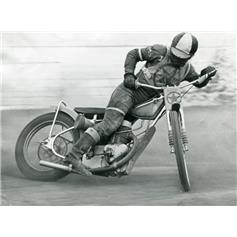